Nestled in the picturesque village of Swanton Morley, Swanton Vale is a collection of 2, 3, and 4-bedroom homes that puts you squarely in the middle of one of England’s finest counties. Which means life here has a little bit of everything.

Combining traditional methods of build with modern material and inspired architecture results in excellent homes that blend with their surroundings and stand the test of time.

Book your in-person or virtual appointment by clicking here.

Help to Buy is available subject to eligibility, terms and conditions. Find out more here.

At Hopkins Homes, our experience and attention to detail mean we build homes our families would be proud to live in.

We believe that at Swanton Vale you’ll find a beautiful home that you will thoroughly enjoy owning and living in for many years to come.

View our Showhome See our homes

Swanton Vale is located in the picturesque village of Swanton Morley, with the vibrant city of Norwich and the beautiful Norfolk Coast within easy reach.

Reserve your first home
with a 5% deposit
Subject to eligibility, terms & conditions

Remove the hassle from selling your current home

All the Information you need

Supporting you for years to come

Values that have passed the test of time

A commitment to excellence

Hopkins Homes are multi award-winning house builders known for creating exceptional properties full of charm and style. The superior homes at Swanton Vale remain true to this ethos; these are homes designed to meet the needs of modern living without compromising their aesthetic appeal.

Browse the images below to discover every property which is still available on this development. You can also use the filters to narrow down your search to only display the homes that match your requirements.

THERE ARE A TOTAL OF 9 PROPERTIES AVAILABLE

DISCOVER TRADITIONAL CRAFTSMANSHIP AND AN UNCOMPROMISING ATTENTION TO DETAIL

The properties at Swanton Vale have been carefully designed to maximise space and create well appointed homes that cater for modern living.

Get an overview of the site layout, house positions, road network, green spaces and more using the siteplan below. Drag on the map to move around the site and use the icons in the top right corner to zoom in and out. 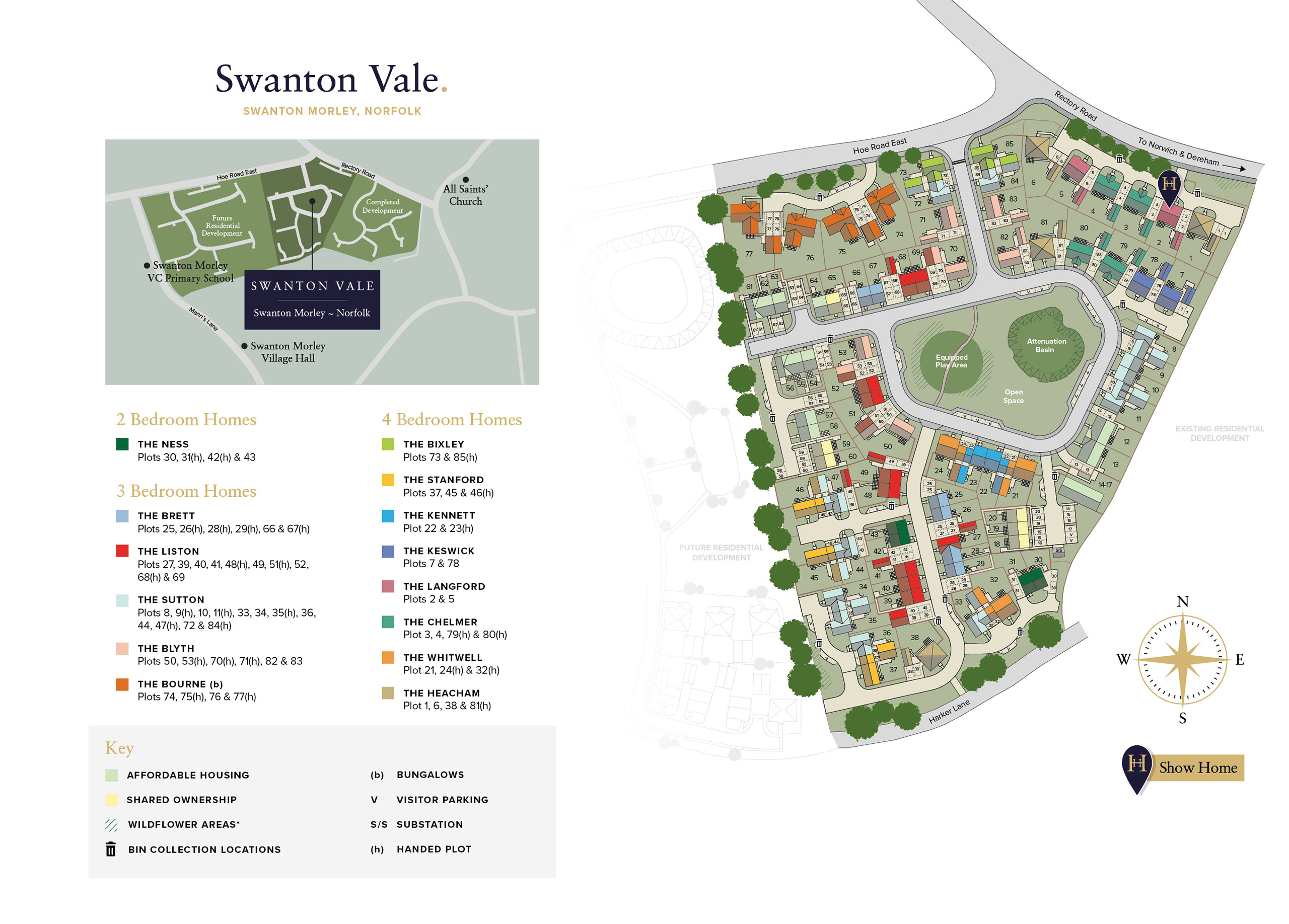 *Subject to terms and conditions. Please speak to our Sales Advisor for further information.

The computer generated images, floor plans, configurations and layouts are included for guidance only. Please refer to drawings in sales office. Floor Plans and Dimensions can only be given as a guide and are indicative of the House Type only. These are liable to change as build progresses. Please speak to the Sales Consultant for plot specific information.

The village of Swanton Morley is a trove of local amenities. The Butchers Shop on Gooseberry Hill serves up high-quality meats and cheeses, and there is a Post Office and village shop to keep things convenient. Swanton Morley’s Village Hall is a hub of the community.

At Swanton Vale, there are two pubs nearby. The cosy, welcoming spirit of Darbys Pub is just a five-minute stroll away and just a little further south, you’ll find the beautiful grade II-listed The Angel.

Swanton Morley was voted the Calor Village of the Year in 2009 – the final year the awards ran – beating over 1,600 other villages to the trophy.

Swanton Morley House is just under a mile away. Surrounded by ten acres of glorious gardens, you can explore their spectacular floral displays and for those tying the knot, enjoy the big day in the most beautiful of locations.

The metropolitan city of Norwich is close by, where you will be spoilt for choice with an incredible selection of theatres, cinemas
and shops ranging from stylish independent boutiques to modern shopping malls.

As if that wasn’t enough, the nearby market town of Dereham puts even more on your doorstep, dotted with independent shops and cafes, a market every Tuesday, a golf course, a swimming pool and one of the country’s smallest cinemas.

The town is also home to the beautiful Neatherd Moor, Vicarage Meadow and a restored railway station from which the preserved Mid Norfolk Railway operates excursions.

With Swanton Morley’s central location you’re not far for trips to Norfolk’s celebrated beaches, which are all within easy reach including, the seaside towns of Cromer, Blakeney and Wells-next-the-Sea, which are all under 25 miles away. Those needing links to London are well catered for too. London is around a 2.5-hour drive or under two hours by train from Norwich.

A SPECIFICATION OF THE HIGHEST QUALITY

The stylish homes at Swanton Vale are designed to meet the needs of a modern lifestyle.

All specification choices are available subject to stage of construction. This specification is only meant as a guide, some items may vary from plot to plot. Please check with Sales Consultant for plot specific information.

*Not applicable when upgrading work surfaces with upstand. 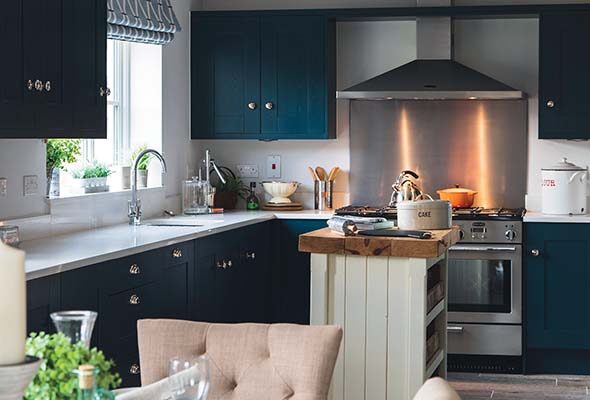 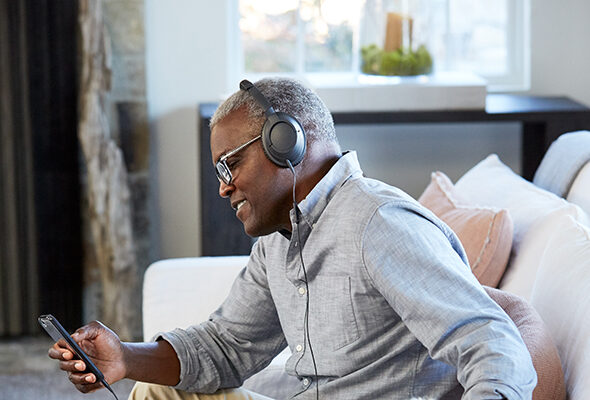 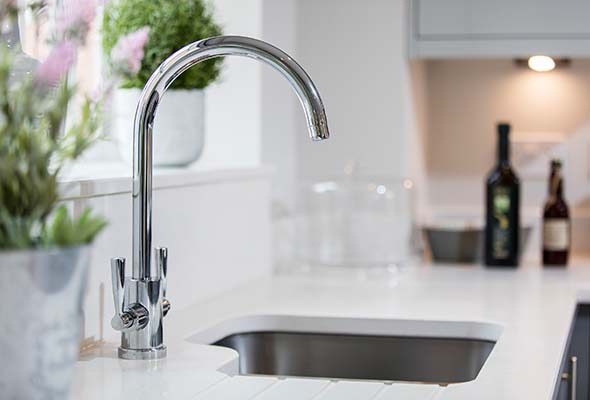 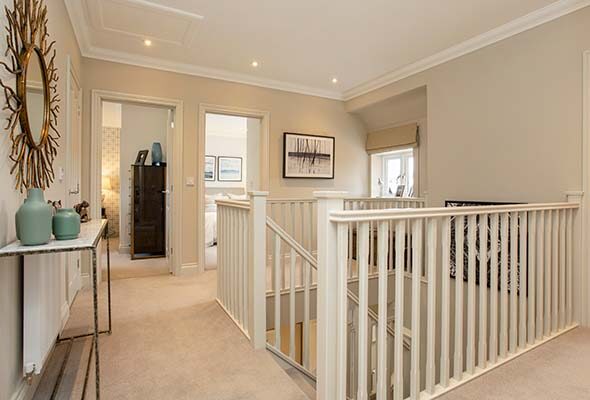 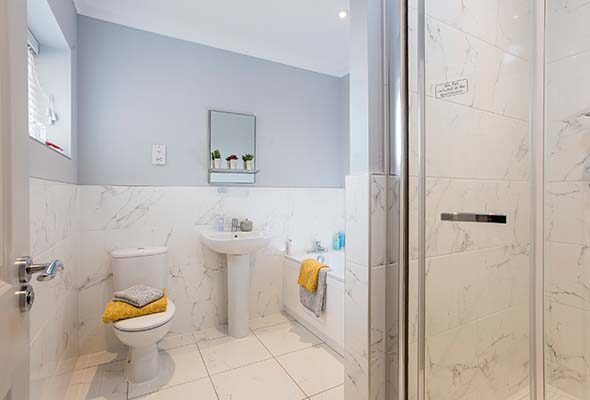 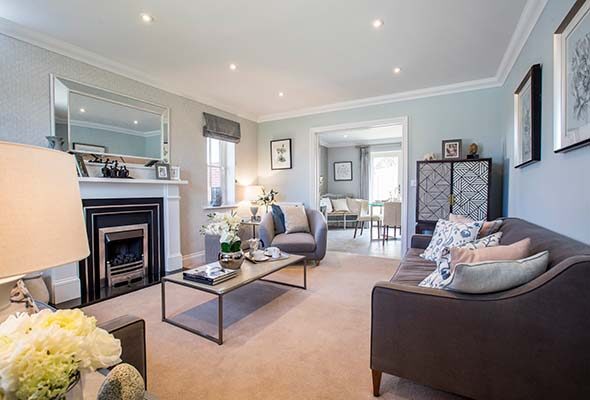 If you’d like to see the full brochure for this development, please add your details to the form and we’ll send you a link to download it in PDF format. If you’d prefer to browse the brochure in its physical form, get in touch with us and we will send you a copy in the post.

Thank you for your enquiry

Thank you for requesting the development brochure. A download link will be emailed to you. If it doesn’t arrive within 30 minutes please check your junk folder.

Find our more about swanton vale

For further information, please contact a Sales Consultant on 01362 709195. Appointments are available Thursday to Monday, 10am to 5pm, book yours by clicking here.

For general enquiries send us a message using the form.